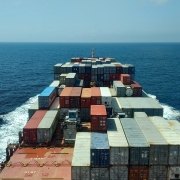 By all accounts, some forms of refrigerated shipping by the early 1800’s. Up until this point, any cargo that could spoil, like seafood, was only shipped to nearby locations. But in the early 1800’s some ships were utilizing ice and salt in their cargo holds to reduce the amount of spoiling that occurred. Fishing boats were also known to carry ice with them to keep fish fresh as they were caught. Where did they acquire the ice? People in the industry would sometimes cut it from frozen lakes in cold areas like Scandinavia or Maine.

By the late 19th century, a few notable experiments with refrigerated containers occurred. In 1876, Charles Tellier, a French engineer, created an ether-based refrigeration system that allowed containers to maintain a temperature of 0 degrees Celcius. Additionally, in 1877, French engineer Ferdinand Carre improved upon Tellier’s system and successfully shipped 150 tons of frozen meat from Sydney, Australia to the United Kingdom over 50 days.

Several other notable innovations, like the portable air cooling unit and mobile refrigeration specifically for fruit, emerged in the early 1900s. Refrigerated shipping of meat and fruit became more and more common through the middle of the century. By the 1960s, insulated containers on ships were fully developed. In the 1970s, the first refrigerated containers with integrated cooling units were also produced and used.

More and more attention was being given to the containers’ ability to be easily transported in mass. For example, containers were designed for transportation on large cargo carriers. Self-contained, insulated containers were stacked onto ships and then plugged in to the ships’ power systems.

In the 1990s, new refrigerated containers with atmospheric controls rolled out. These units have carbon dioxide and oxygen sensors that can balance the amount of the two gases to slow fruit ripening. They also can pump nitrogen into containers to help do so.

Reefers continue to be improved today. Some recent innovations include monitoring systems for real-time tracking, a move towards more 40 foot units to increase efficiency, and advanced security technology. In the future, we can expect reefers to become more and more trackable, with customers wanting shipping information and companies wanting immediate information on the state of goods during transportation.

The cold chain is now a crucial supply chain across the world. Importantly, this has an impact on many industries. Some of the upcoming coronavirus vaccines require specific container temperatures during transportation and storage. This will only be possible with the advanced technology of reefer containers today.

Moon Mini Refrigeration offers flexible rental periods, multiple container sizes, great prices, and top-notch customer service. With our great options and excellent service, we can help you find the reefer container that’s perfect for your needs! To rent a refrigerated container today, give us a call at 502-772-2821. 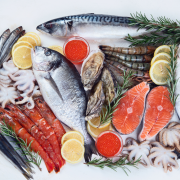 How is Refrigerated Storage Used To Keep Seafood Fresh? 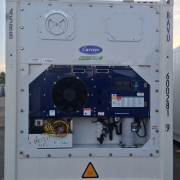 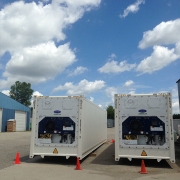 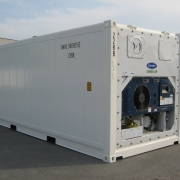 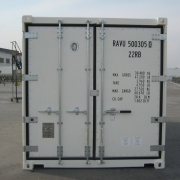 Refrigerated Containers for the Catering Industry

Reefer Containers: How They Work

What is the Cold Chain?
Scroll to top